Why couples fight about money?.. Here are the 8 common reasons.. 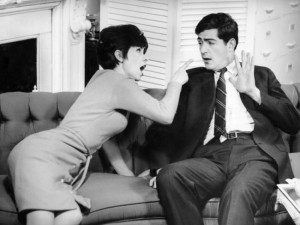 As we all know that many of the big issues in relationships are housework, sex, kids, and money.

So here’s an interesting infographic that shows you eight eye-opening findings of money and relationships.

Secret spending, secret bank accounts, differences in approaches to saving and spending habits are some of the biggest deal breakers when it comes to money and relationships.

The infographic below is based on data from the U.S., though it’s likely they statistics are fairly similar in most western countries.

Check out the infographic below.

Can you relate to any of these findings in your relationship?

Do you need help with resolving arugments about money in your relationship?

If something in this blog has brought up some issues for you, book a free inquiry call with Ann Jay.

Ann Jay is a Wellington Relationship Counselor who provides marriage counselling, couple's counselling, and relationship coaching for couples and women either in a relationship or single. Her goal is to help people create healthy, loving and fulfilling relationships and experience the love they deserve.
Scroll To Top