Benefits of Skyping a Relationship coach or therapist from anywhere. 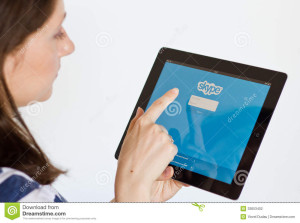 Why can’t I get attracted to anyone?

You meet a lot of people, but there is never that spark or chemistry. They can look great on online dating site, even be quite attractive, but something is always missing.

You are not feeling the vibe…

You might find yourself in one of these three reasons below but if you don’t, it’s because this list isn’t exhaustive. Lots of people feel no attraction for lots of reasons, and it would be hard to list them all.

If you don’t recognise your situation here, I’d love to hear about it in the comments below.

ARE YOU STILL IN LOVE WITH YOUR EX

Yes, you are nominally single – but your heart isn’t. Everyone you meet, you are comparing them to that one special ex-partner and you feel you’ll never find anyone you’ll connect so much with.

You are sure they were the best ever match for you.

What happens here is you filter everyone through the ex-lens, and of course since nobody is exactly like them – nobody is good enough.

At the same time – because your heart is still taken – you are not really available for a serious relationship, and that’s why you keep meeting people who don’t make the cut. Anyone who is serious will simply not get attracted to you, because you are not sending them the right signals.

You are looking for that unbelievable moment when you see someone for the first time but you feel like you’ve known them all you re life. This happens frequently in movies, more seldom in real life. It’s certainly not the norm.

Strong chemistry is often – lust, not love. We just feel sexually attracted to someone and we incorrectly conclude that means we have found Mr or Miss right… The right match.

It happens more often when you put too much importance on looks, and too little on everything else. Most people grow out of it in their teenage or young adult years, because they start to see they need more than just sexual attraction for a good relationship.

You can fall in love gradually, it’s the same love, it can be as strong, even more so than the first-sight kind. It’s usually the more long-lasting kind.

When you fall in love over time, you get to know someone, and start loving them for who they really are, and then chemistry follows.

Your relationships may not start with fireworks, but they probably won’t fizzle out quickly like them either.

YOU DON’T BELIEVE YOU CAN FIND A GOOD MATCH

This is the main reason, it’s made up of one of more limiting beliefs you have. I had some of them during that time I wasn’t meeting anyone I could feel something more than friendship for.

And so I got what I thought was out there for me: zero men who are grown up enough to get me captivated by them. Lots of immature boys who only wanted one thing.

Many couples are often surprised how much a baby can change their relationship and daily lives..

Whether it’s your first or fourth child, your relationship still sees a jolt.

As Marter said, “The first child most often brings about the greatest life and relationship change, but each subsequent child affects a couple almost exponentially, widening the scope of responsibilities and compounding family and relationship dynamics.”

Having children can bring couples closer. But it also can chip away at a relationship if you’re unprepared for the potential pitfalls. Take this surprising statistic: Within three years of their child’s birth, about 70 percent of couples experience a significant slump in their relationship quality, according to the Gottman Relationship Institute.

The key in keeping a relationship happy and fulfilling is knowing  what these pitfalls are, having realistic expectations and staying committed to each other. Below are three of the most common pitfalls and pointers to help.

Everyone knows that having kids is exhausting. But you might not fully appreciate the fatigue. According to Marter, “the chronic and cumulative nature of sleep deprivation during the newborn phase is perhaps  one of the most commonly underestimated challenges of new parenthood.”

Sleep deprivation sinks your mood, makes it harder to cope effectively with stress and exacerbates mood swings and anxiety. And that’s just what it does to each person.

Lack of sleep strains the relationship in various ways: Couples may fight about who’s doing more and sleeping less. Because couples are extra agitated and stressed, they might squabble more in general. And the primary caregiver may feel unsupported and alone and eventually resent their spouse, Marter said.

Pointers: Sleep when your baby sleeps, Marter said. “This may mean letting the laundry or scrapbooks wait and forcing yourself to nap.  It  might mean going to bed at 8 p.m., so that you can sleep during your baby’s longest stretch.”

What if your baby isn’t really sleeping? Marter suggested working with your pediatrician and reading other resources such as Healthy Sleep  Habits, Healthy Child by Dr. Marc Weissbluth. If feedings are the reason your family isn’t getting much sleep, she also suggested  checking out the La Leche League, and figuring out a feeding schedule that works best.

Ask loved ones for support  and, if it’s financially feasible, hire help for household chores, a babysitter so you can take daytime naps or a night nanny, Marter said.

And work as a team. For instance, moms who are breastfeeding can pump so their partners or loved ones take turns doing the feedings.

Sexual intimacy declines after having a baby, and not surprisingly, this can negatively affect your relationship. “Because sexuality is intensely personal and sexual connection is a major component of romantic relationships, sexual dysfunction or disconnection can become a significant problem for many couples,” Marter said.

The decline happens for many reasons. Physicians typically suggest that women abstain from intercourse for 4 to 6 weeks after childbirth. Even after that time, “women may experience or fear pain from intercourse due to the effects of delivery, an episiotomy, peritoneal tearing, and/or vaginal dryness due to hormone fluctuations,” Marter said. Couples also  experience a decline in desire because of busy schedules, body image issues, fatigue and other concerns.

Pointers: Expect that intimacy will decline after childbirth. This is normal considering the sleep deprivation, new responsibilities and need for the woman’s body to heal, Marter said. Avoid viewing lack of sex as rejection or a sign of trouble in your relationship.

Be close and intimate in other ways, such as kissing, touching, snuggling or spooning, Marter said. Make time to physically connect with each other. Staying home and watching a movie is one way, she said.

“Good sex requires good communication.” Marter suggested talking openly about your needs, preferences and fantasies with your partner.These are some questions she suggested raising: “What is good about [your sex life]? When was it the best and why? What do you each desire? What schedule seems to work best for you? What gets in the way of having more sex?”

Also, work on your emotional connection. For instance, “Create at least 20 minutes per day to connect and talk about things other than the responsibilities with household and baby,” Marter said.

In Marter’s practice, the most prevalent problem for couples is division of labor. Resentments inevitably peak when one partner feels like they’re tackling more tasks and working harder. “They may compare and become competitive or defensive about their responsibilities, schedules or the pros and cons of their work or role,” she said.

They also might glorify each other’s positions, Marter said. A stay-at-home dad might think his wife’s day at work is filled with swanky business  lunches, interesting projects and a quiet commute, while he’s dealing with temper tantrums and dirty diapers. His wife might imagine him playing, cuddling and connecting with their child, while she deals with a difficult boss, endless deadlines and concerns over job security. “Then, when an issue like who is going to do the laundry comes up, the misunderstandings have created an environment ripe for conflict,” she said.

One of the problems is that couples usually don’t have a plan for how they’re going to divvy up responsibilities. Marter finds that many couples make assumptions about who’ll do what — often based on how their  parents did things — which typically leads to confusion and conflict.

Pointers: Map out what your routine and responsibilities will look like, Marter said. And make sure it’s fair to both partners. Again, couples get into trouble when responsibilities are vague. One of Marter’s clients wanted her husband to help out in the mornings, but the couple ended up bickering  instead. “By sitting down and reviewing the mornings tasks, the husband was able to select several items that his wife agreed would be helpful for him to manage,” she said.

When you’re figuring out fairness, remember that a relationship requires give and take. “For example, the husband of a client who is a teacher really steps it up during her grading periods and she picks up the slack when he travels for work,” Marter said.

Also, lower your standards, and let some things go. Another client of Marter’s,  who was super stressed and worn out, used to iron all her baby’s clothes. Of course,  getting enough sleep supersedes ironing. “Focus on the big things and let the small stuff go,” Marter said.

“The transition to family is simultaneously joyous, miraculous and wondrous and  one of the most challenging life experiences and opportunities for growth,” Marter said. It helps for couples to have realistic expectations about parenthood and their relationship and to remain committed to working as a team.